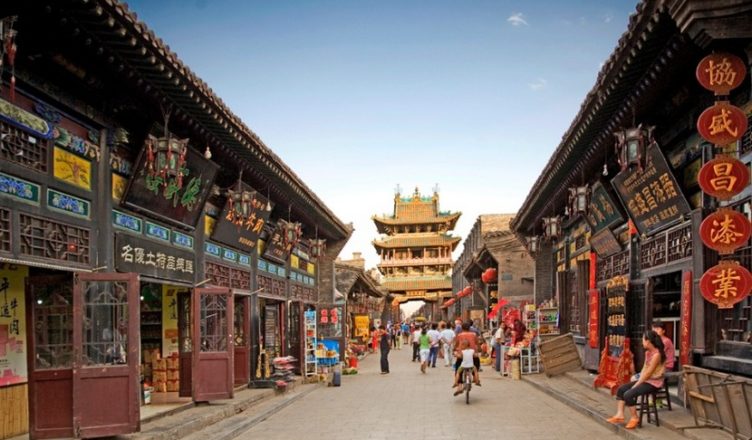 The Hongwu Emperor was the founder and first emperor of China’s Ming dynasty which was era of enormous engineering projects as the rebuilding of The Great Wall of China and the Grand Canal and the construction of the Forbidden City. One of the landmarks are the Ming Dynasty Tombs in Beijing and all the sites are a UNESCO world heritage site.

But did you know Pingyao city wall, in the central Shanxi Province, was originally built in 1370 under watchful eye of the Ming Emperor Hongwu too and it is also inscribed on the UNESCO World Heritage List. The wall was build in shape of turtle. The four out of six gates are symmetrically set and looking like turtle’s legs. Two other gates, in the southern and northern part resemble the head and tail of the turtle. 72 lanes are crisscrossing the city forming the patterns on turtle shell.

If you happened to visit Pingyao, the city wall is not one and the only reason to travel so far from Beijing.  China was the first country to introduce paper currency and the first checks/bank drafts in China were issued in Pingyao. Furthermore, the first bank was established here in Pingyao. The Rishengchang Exchange Shop how it was called then was established in 1823 during the Qing Dynasty.  Pingyao was the centre of banking and trading in the old days and it had 35 branches in China with business covering Europe, America and Southeast Asia.

While in Pingyao do not miss a visit to the well-preserved Ancient Government Office to the west part of the main street. The offices date back from the Ming and Qing dynasty and are the largest preserved in China. Its been said that around 149 officials worked and lived in the compounds. Plan your visit around a performance of an old trial at the law court. Do not miss a visit to the prison where you can still see prisoners’ uniforms and rusty torture equipment.

There are also two temples worth of visit – The temple of the City God and Temple of Confucius. 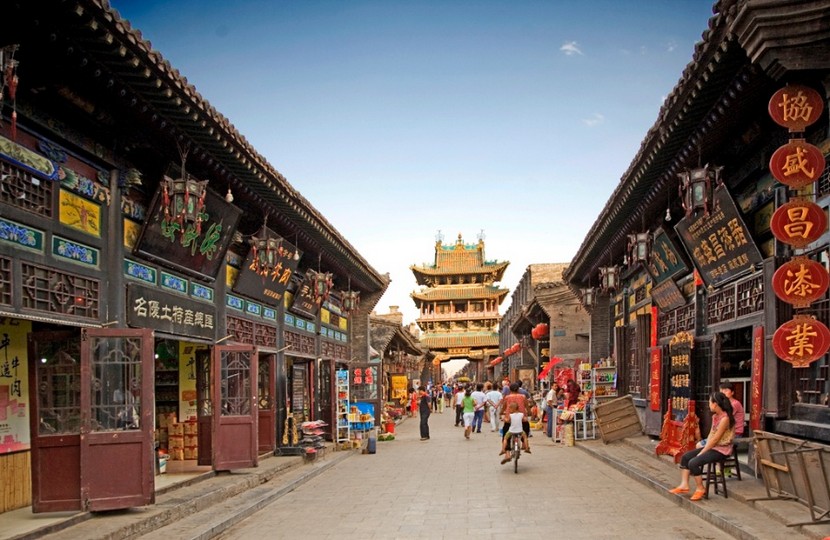 While you are in Pingyao visit the Manor House or Qiao’s compound that was the set for Zhang Yimou’s (film director who made Hero, House of Flying Daggers movie and directed the opening and closing ceremonies of the 2008 Summer Olympics in Beijing) famous “Raise the Red Lantern” movie that put Pingyao in the international spotlight when it was released in 1992.

The house was originally built at the beginning of the 18th century and has a series of courtyards – 6 large and 19 small ones – in those days the richer you were the more courtyards you had. The house has 313 rooms which was not that excessive – homes had to accommodate three and more generations of the family and if you think that each healthy male had three of four wives then the space could be even small.

You can visit Pingyao and experience high speed train from Beijing to Pingyao on on of the 3 popular tours : the 10 days China Highlight Tour, 12 days Essential China Tour and 15 days Golden Route – Scenic China.  For more information please email [email protected] or visit our website at www.magicalexplorer.co.uk