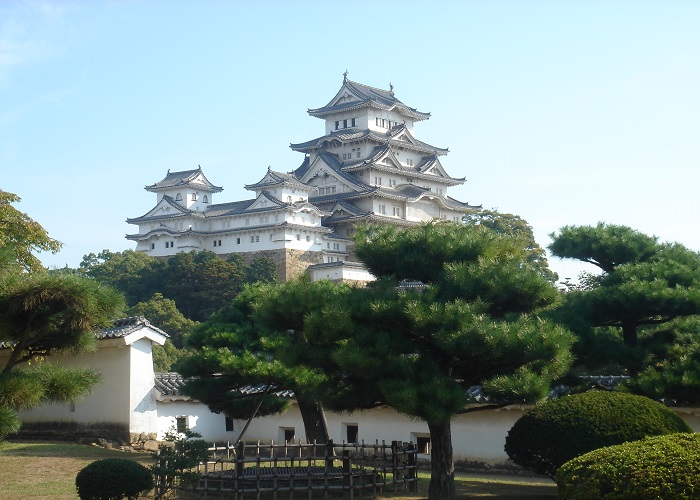 Tokyo is the official capital of Japan since 1868 and has a population of 12 Million people covering 800 square miles. The exciting city is a fusion of futuristic buildings, ancient Buddhist temples and Shinto Shrines. There are many world class museums, fantastic food, Unique sport events and exciting nightlife for all tastes.

Ancient Kyoto was the imperial capital of Japan for over a thousand years. The city has over a 1600 Buddhist temples and 270 Shinto Shrines and represents the embodiment of Japanese culture. Kyoto is filled with beautiful architecture both ancient and modern and numerous gardens to explore.

Hakone is situated between Mount Fuji and the Izu Peninsula. The National park area is a famous hot spring resort set in beautiful tree covered mountains & is one of the most beautiful areas in Japan. 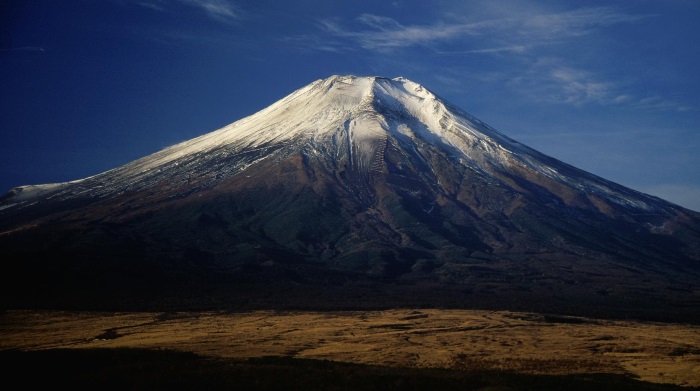 Mt Fuji is the symbolic image of Japan. The mountain is 3,776m in height and is Japans tallest mountain set in a breathtaking area of natural beauty.

The prefecture of Nagano is situated in the awe-inspiring Japanese Alps. Seasonal snowfalls of 10m or more are commonplace and average winter temperatures of just below -3 degrees makes skiing in the heart of Japan an unforgettable experience. Nagano also benefits from natural volcanic outdoor hot spring spa’s which are the ideal way to relax after a long day skiing. Nagano City hosted the 1998 winter Olympics and is built around the 1400 year old Zenkoji Temple and is a fascinating blend of ultra-modern and historic sights.

Nagoya is Japans 4th Largest city and has many site seeing attractions and gardens that can be explored, such as the Magnificent Nagoya Castle, Tokugawa Art Museum & Kenchuji temple.

Nagoya has a relaxed and friendly feel to the city with an abundance of excellent dining and shopping possibilities, both at more affordable prices than found generally elsewhere in Japan.

Nara is an ancient capital city of Japan (even earlier than Kyoto) and is known as the ‘cradle of Japan’s arts & crafts’. The restful rural city is set in a backdrop of scenic woodland and was where Buddhism first flourished in Japan whilst under the patronage of emperors who resided at Nara. It is therefore not surprising that Nara is home to many ancient temples and historic Buddhist Artifacts.

The most striking temple in Nara is the Todaiji Temple, which houses the Great Buddha of Nara. The Daibutsuden where the Buddha is housed claims to be the worlds largest wooden structure. Not surprisingly the temple has World Heritage status as designated by the UNESCO.

The colourful Kasuga Shrine is a famous Shinto shrine erected in 768.

Another popular attraction is Nara Park, which is home to over 1200 tame Deer.

Nikko National park, a designated World Cultural Heritage site is a picture postcard of rivers, lakes and wooden hillsides. This truly beautiful location is home to one of Japans most important and impressive historic structures, the Toshogu Shrine. The shrine is dedicated to Tokugawa Ieyasu, the founder of the Togugawa Shogunate (1542-1616) and was constructed by his grandson in 1636.

Nikko is filled with various splendid temples and Shrines to explore, as well as the natural beauty of Lake Chuzenji, the stunning Kegon Falls and Kirifuri waterfall. Another great attraction is Tamozawa Imperial Villa, a former residence of both the Tokugawa and Imperial Family. 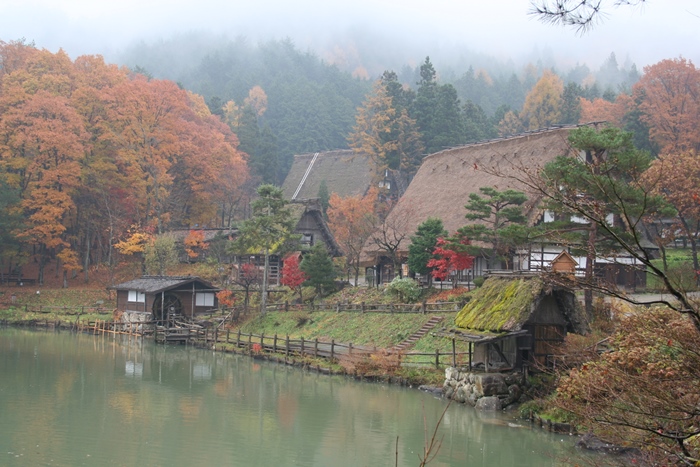 A trip to the little known towns and villages of Takayama, Shirakawago, Gokayama and Kanazawa will surely be one of the outstanding highlights of any tour in Japan. If you have the opportunity, we highly recommend a visit, as we believe no other locations provides a clearer glimpse of Japans feudal past.

Takayama is an tranquil old castle town often nickname ‘little Kyoto’. The town is best explored by foot where you will still find streets with traditional style wooden houses.

Shirakawago & Gokayama, each have World Heritage designation and truly a spectacular experience, which many believe is the ‘hidden treasure’ in Japan. Visiting Shirakawago is like stepping back in time, with uniquely crafted traditional wooden farmhouses (Gassho-Zukuri) set in a beautiful mountainous landscape.

Kanazawa is the largest City of the Hokuriku district and is famous as a former castle town of the feudal Maedas clan (15th-19th century). Kanazawa is home to the Kenroku-en Garden, which is regarded as one of the three most beautiful gardens in Japan. It is also a unique experience to take a stroll through the Nagamachi Samurai house district of the city.

Mt Koya (koyasan) – The holy mountain is located in Wakayama surrounded by beautiful wooded mountainous scenery. A sacred place of the Shingon sect of esoteric Buddhism, founded by the Great Kukai, who established an ashram at Mt Koya 1,200 years ago, after studying in Tang China. The mountain is home to 117 temples and Shrines and is still a place of Buddhist education for monks and pilgrims today.

Japans third largest city, Osaka is known as the birth place of the traditional Kabuki theater. The main tourist attraction being the magnificent reproduction of Osaka Castle originally built in 1586 by Toyotomi Hideyoshi. Also Osaka has excellent shopping areas of Hankyu Sambangai, Den-Den town and the exciting nightlife of Umeda underground arcade.

Hiroshima is a former castle town that is famed for being the site where the Atomic bomb was dropped during WW2 in 1945. It is know a thriving and favorite tourist destination, with the world famous Peace memorial park & museum.

Miyajima is known as ‘Divine Island’ and has been revired since olden times as a site of outstanding natural beauty. Particularly worth visiting in Spring when the cherry blossom is in full bloom.

The two towns of Magome and Tsumago were once postal towns connected by the Magome-Tsumago Trail. The trail leads through the hilly countryside and passes right alongside the houses and fields of local residents. This was a trail which formed part of the Nakasendo postal route between Kyoto and Edo (Tokyo). The town of Magome has been beautifully restored in contrasts with the striking authenticity of neighbouring Tsumago. Tsumago is known today as one of the best preserved historical towns in Japan and walking along its car free streets is like stepping back in time to the early Edo Period, where Samurai walked the streets.

Okinawa is the perfect location to unwind, with its sub-tropical climate, beautiful unspoilt white sandy beaches, crystal clear sea and has some of the best diving and Snorkeling in the world. Okinawa also has its own unique cuisine and culture with many fascinating historic places to visit, such as the 13th Century Shurijo Castle. The perfect tropical hideaway. 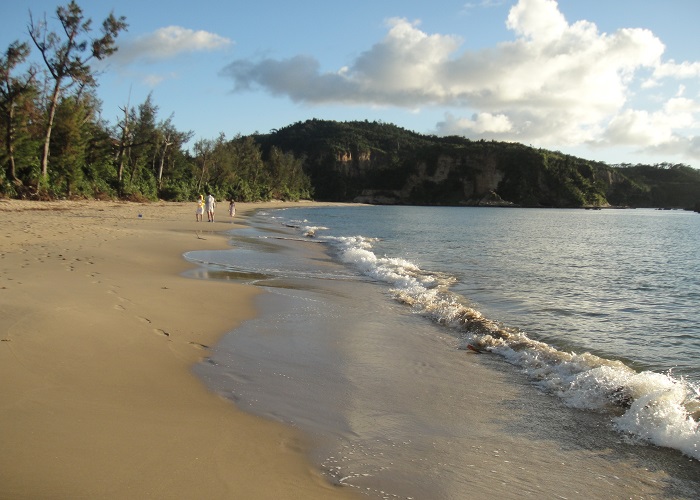 The 10 inhabited Yaeyama Islands are located 500km south west of Okinawa main island, closer to Taiwan than Okinawa or Japan. Each of these fascinating Islands are unique in character, flora and wildlife. If you want to relax on a quiet unspoilt sandy beach, find hidden coves and experience some of the best snorking and diving in the world, then the Yaeyama Islands are the ultimate tropical hideaway.

The islands are famous for diving with Manta Ray & Hammerhead sharks. Or snorkeling amongst the islands extensive coral reefs, which have a wider varieties of coral living together than even the Great Barrier Reef.

Enjoy clear star filled skys and virgin rain forests. The islands untouched rain forests and unique wildlife is home to many rare species only found on these island (including the Iriomote Wildcat). It is for this reason that a growing interest from Eco-tourists and nature lovers are choosing to explore the Galapagos of Asia.

The southern sub-tropical island of Kyushu, is famous for its lush green mountainous landscape and famous active volcano, Mt Aso.

Kyushu is Japan’s third largest island and has a relaxed character which is possibly due to its many famous hot spring resorts, such as Beppu which is regarded as one of the best areas in Japan for its natural and therapeutic Onsen (hot spring spa). The island also has much history and beautiful gardens and ancient myths to explore. Truely a dream island.

If you are looking for a tailor made tour to Japan please email us at [email protected] Group tours to Japan are available on our site  www.magicalexplorer.co.uk Alternatively you can call us on 0161 440 7332